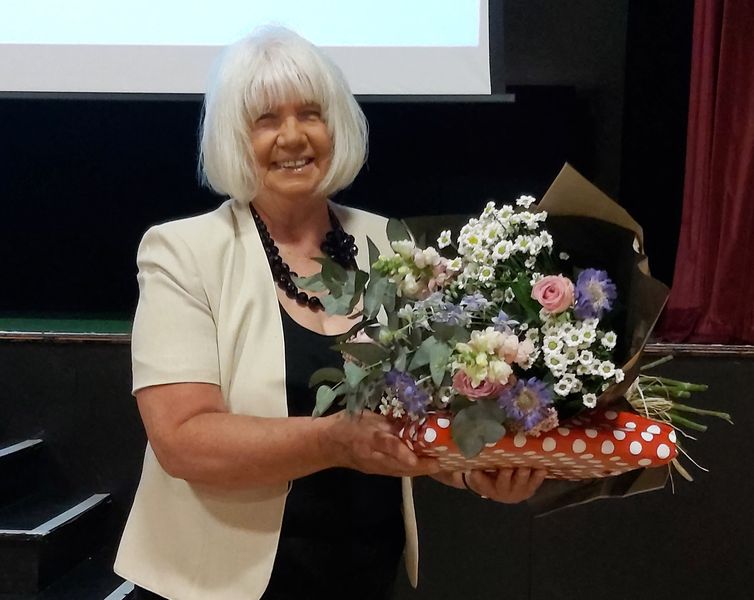 Fay Ivens retired as a Shipston Town Councillor in May this year.  At the start of the Town Council meeting on 12 July, she was thanked by Councillors for her service.

Fay Ivens joined the council in October 2009, following her successful work as a member and Chairman of Shipston in Bloom for seven years. In 2008 she had secured the Britain in Bloom Heart of England Gold Award for the town and was recognised with the Ann Sankey Medal (now the Shipston Community Award).

Throughout her time on the Council, Fay was a passionate community campaigner;

She succeeded the late Alan Noyce as Chairman of General Purposes on his retirement and was integral in efforts to strengthen relationships with Allotment holders through the introduction of allotment reps and an Annual Meeting and Allotment Competition. Other major projects during her tenure included the installation of the pod at the Skate Park and a £45,000 renovation of Cemetery Lodge, during which she made sure the retired Sexton was able to stay on-site in a caravan.

In 2012/13, she served as Mayor during a time of huge change for the council, with the move to the former Police Station which was renamed as New Clark House. It was also the year of the Queens Diamond Jubilee, and she represented the town at a Service at Coventry Cathedral, conducted by the Archbishop of Canterbury and attended by HRH Princess Anne.

Thank you Fay for your incredible service to our town!