After 18 months when they were unable to perform in public due to the pandemic, the Shipston Town Band recently travelled to Kidlington to take part in a competition organised by the Oxford and District Brass Band Association.

Held at the Exeter Hall, the band conducted by Howard Gibbs played a varied programme and were placed second by adjudicator Alan Morrison. The March The Avenger by William Rimmer was contrasted by the Christina Aguilera hit Candy Man. Principal Cornet Grace Coates was the band soloist and played a solo aptly entitled Grace originally composed for Kirsty Abbotts. The programme concluded with The Triumph Of The Optimists by the Italian Composer Armin Kofler. All in all a very successful day and great to be performing again

Band Member on the National Stage 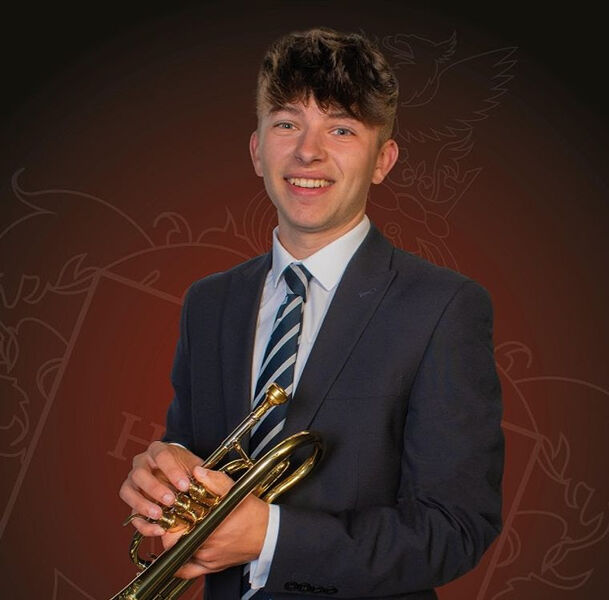 In October, Luke played assistant Principal Cornet for the famous Flowers Band at the National Brass Band Championships at the Albert Hall in London. He had the added honour to play with the world-famous Black Dyke Band in a cornet trio Bugler’s Holiday alongside their solo cornets.

After winning the inaugural Phillip McCann International Slow Melody Competition, Geneva Instruments provided Luke a new cornet as a prize. Luke recently visited the Geneva Workshop at Stokesley and tried out a number of Geneva Heritage cornets — the instrument developed by Phillip McCann to enhance the lyrical sounding qualities of performers.

Shipston Town Band are proud of the grounding Luke received as he progressed through the sections and reached the level he has reached. He has maintained his connection to the band and regularly assists both the Town Band and Stour Concert Brass.