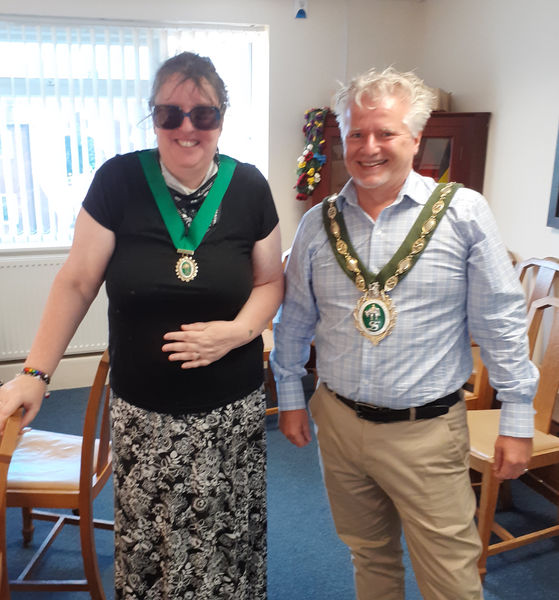 At the August meeting of the Town Council, Councillor Marianne Westwood was unanimously elected as the new Deputy Town Mayor after Councillor John Dinnie withdrew his nomination for the post in her favour.

This followed the resignation from the council of the previous Deputy Mayor Councillor Sheelagh Saunders and Councillor Peter Cowley for personal reasons.

During the meeting, Councillors paid tribute to each of them for their valuable contributions to the town.