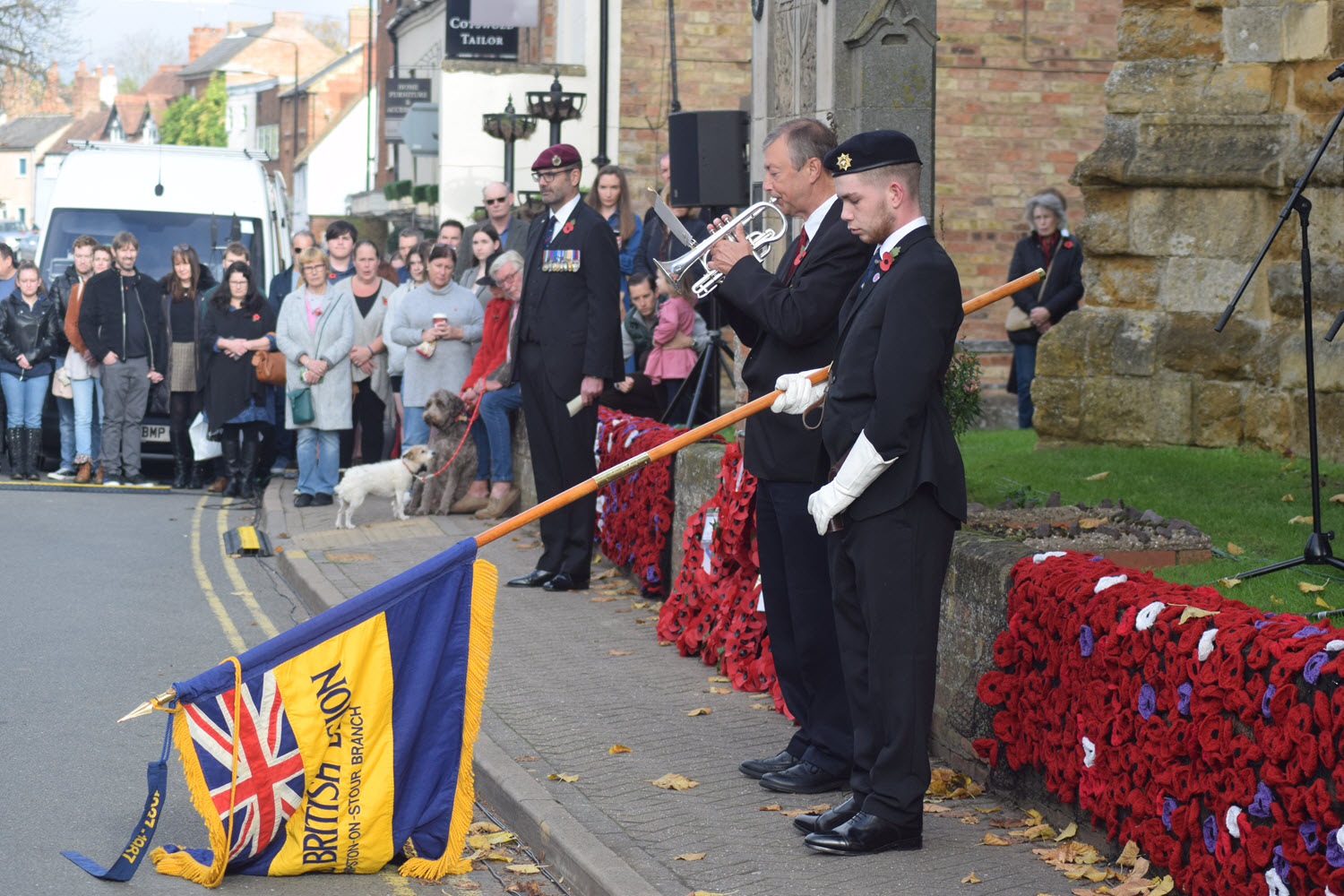 At 11.00 a.m. on Sunday, there was not a sound to be heard apart from the odd leaf fluttering to the ground, as the people of Shipston remembered the fallen from the two great wars and conflicts since.

Their names were read out by the prefects from Shipston High School before Last Post and Reveille was sounded by Bob Pitts the solo cornet of Shipston Town Band, who as usual had led the parade from the High Street to St Edmunds Church.

The British Legion and the representatives of local government and voluntary organisations laid their wreaths at the memorial before the service concluded in St Edmund’s Church.

The parade reformed after the Service to process back to the High Street where the Town Band performed a period march Erimus in standing formation after the parade had been dismissed.