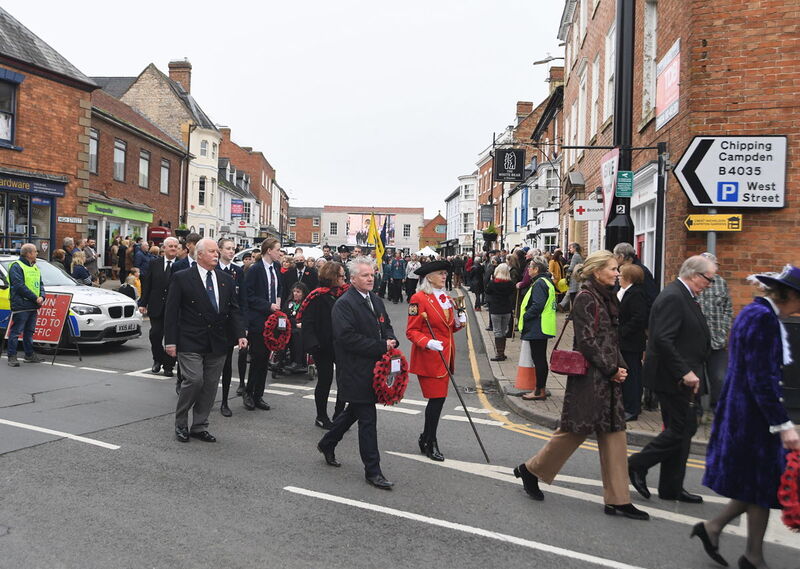 Shipston’s Remembrance Sunday service was able to reach far more people than ever before thanks to a big screen showing it live in the town centre. An online livestream of the service was also made available for people to watch, including residents within Shipston Residential Care Homes, the Ellen Badger Hospital, Royal Hospital Chelsea.

The big screen was hired by the Town Council to broadcast the service from inside St Edmund’s, which can only fit a few hundred people inside. It meant those wishing to pay their respects but who could not enter the church due to its limited capacity could watch the parade make its way through the centre of town and watch the service safely.

The use of the big screen coincided with the 100th anniversary of the Royal British Legion.

The programme is managed by Shakespeare’s England on behalf of Stratford District Council.

The High Street fell silent at 11am on 11th November in memory of those who fell during the First World War. Bob Pitts from the Town Band played the Last Post preceding the silence and sounded Reveille following its conclusion.