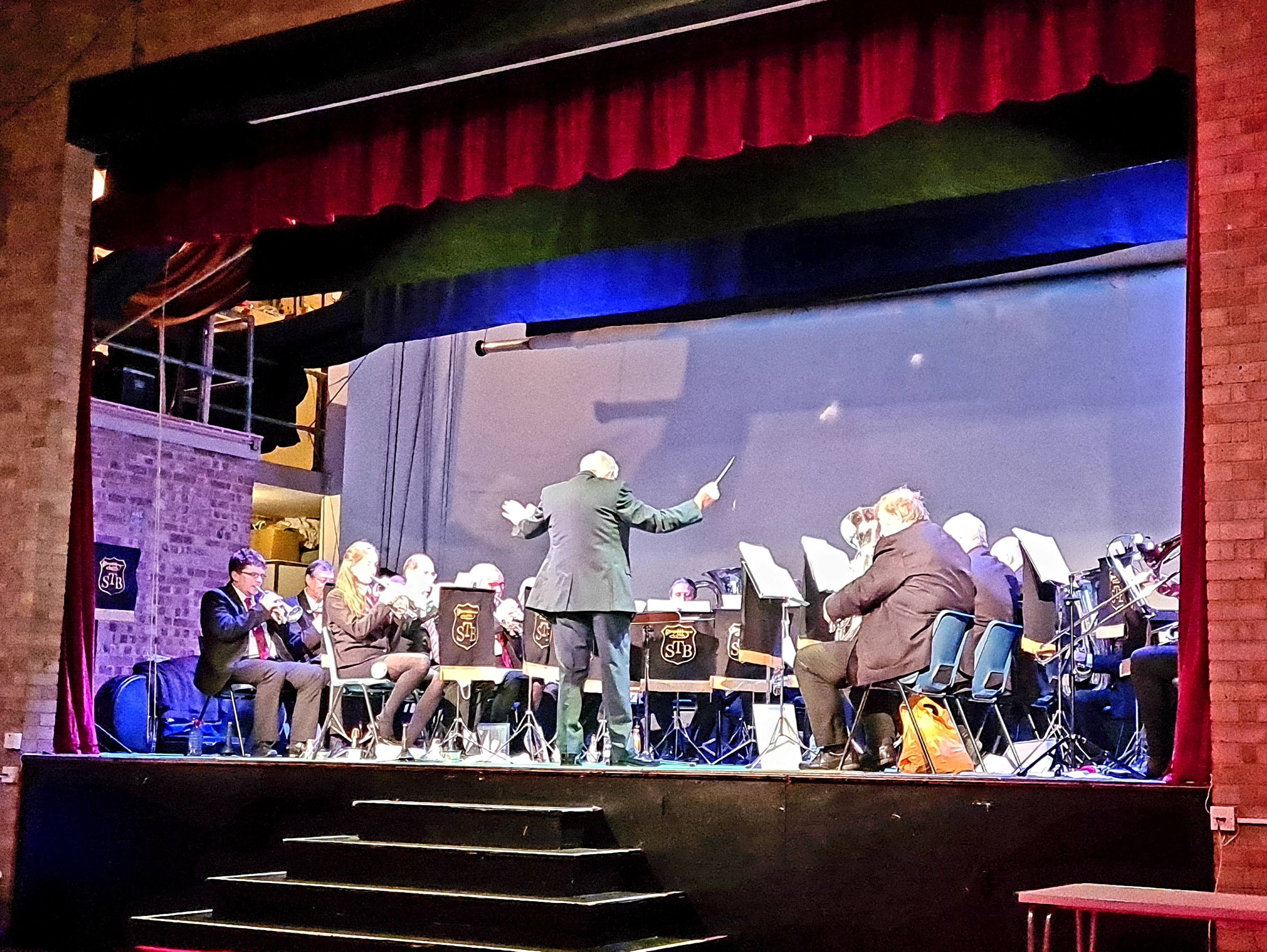 The Town Band managed to complete all of its  Christmas engagements despite the challenges presented by the pandemic. The Christmas Concert at the Townsend Hall where the band was joined by Anne Hume with her Christmas readings was successful, although was sadly attended by a reduced audience.

The weather was kind and the band was able to serenade residents whilst walking around the streets on three nights. In addition, the band played for the Town Carol Service and drew some very appreciative crowds on Christmas Eve when the band played carols in the square. It was great to see so many youngsters playing, directed by their leader Stephanie Wilson. Later in the evening, the band supported carol singers in Luddington and Quinton where the torrential rain caused the carol sheets to disintegrate mid-performance!

On Christmas morning, the weather was much more pleasant when the band, supported by Mayor Ian Cooper, visited Low Furlong, Townsend Hall and Ellen Badger Hospital. During the Community Lunch at the Townsend Hall, the band played outside, before later visiting Kath Roe, widow of the band's former long-serving principal cornet Ken Roe and presenting her with flowers.

It wasn’t just Shipston that was treated to some spectacular performances. The band also played in other local towns including Stratford, Moreton-in-Marsh, Chipping Norton, Banbury and Wellesbourne.