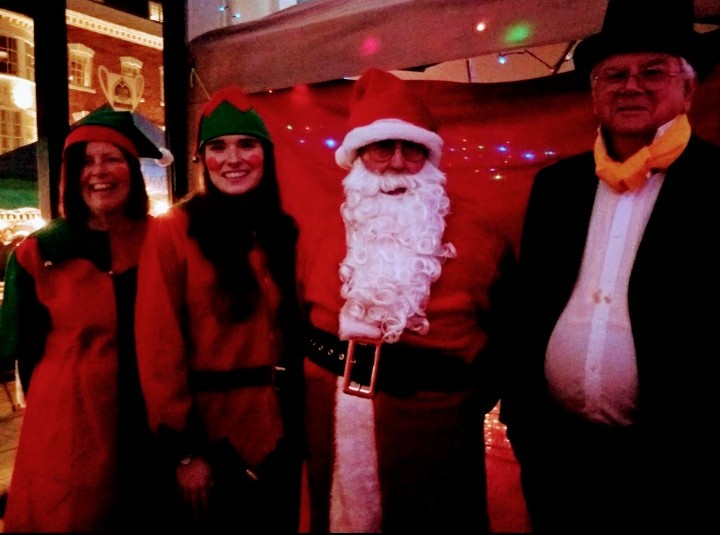 The Rotary Victorian Evening was the first in three years. The children sang beautifully, Santa arrived on time and, from the feedback Rotary has received, everyone had a fantastic evening. There were many really lovely shop-window displays throughout the town. The judges reported that they had great difficulty picking the best.

The mood would not continue. On the first two nights of the Santa Runs, the “sleigh” had mechanical problems which even Santa could not fix. Santa and his helpers walked the two routes for those evenings. Then there was heavy snow followed by freezing conditions. The “sleigh” was difficult to control on the back roads and Santa and his helpers risked breaking limbs, or worse, on the icy surfaces. Rotary was really sorry to have to cancel the runs and know how disappointed the children must have been.

Santa did appear in the Town Square on the 17th December and, hopefully, the children who had missed him earlier were able to pass on their Christmas wishes.

The Rotary Club of Shipston-on-Stour would like to thank all their sponsors and residents who supported their events over the season. Without such assistance and support, these events would not happen. Rotary would like to wish everyone a happy New Year.