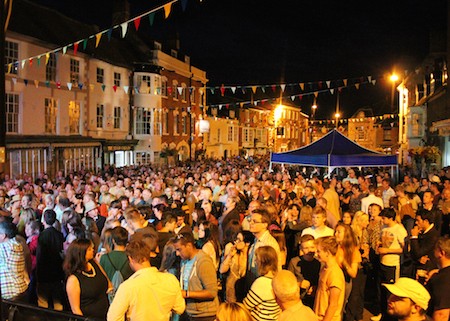 Shipston witnessed the biggest-ever street party in the square for the Last Night Of The Proms on Saturday 5th July.

Proms Fame Contest winners ‘Amy Joynes’, and ‘Me, Him, And The Others’ opened the show, followed by no holds barred folk-rockers, Leatherat, who got the audience dancing to their fiddle-led rhythms. U2UK rounded the evening off in style, with many people commenting that they hadn’t realised they knew so many U2 songs. It seemed as though the whole community had come to join the party, proving that this 17-day event successfully caters for everyone’s musical tastes.

Town Mayor, Philip Vial, said: “I was delighted to be able to attend five Proms events this year, all of which were of a very high standard. The committee have worked extremely hard this year and their efforts certainly paid off.”

The Shipston Proms is unique in that the organsiers try to get music of all genres into all corners, and not just at the high profile events. Proms Chairman Tim Porter said: “The standard of musicianship in the High School has increased dramatically over the last few years, and we like to feel that we have played a part in that.” Battered Soul, Shipston High School’s soul band, now play concerts in the area, and they were an entrant in the Proms Fame Contest last year.

“This has been the most successful Proms to date and all the events were well attended which provides a strong platform for next year.” Tim added. 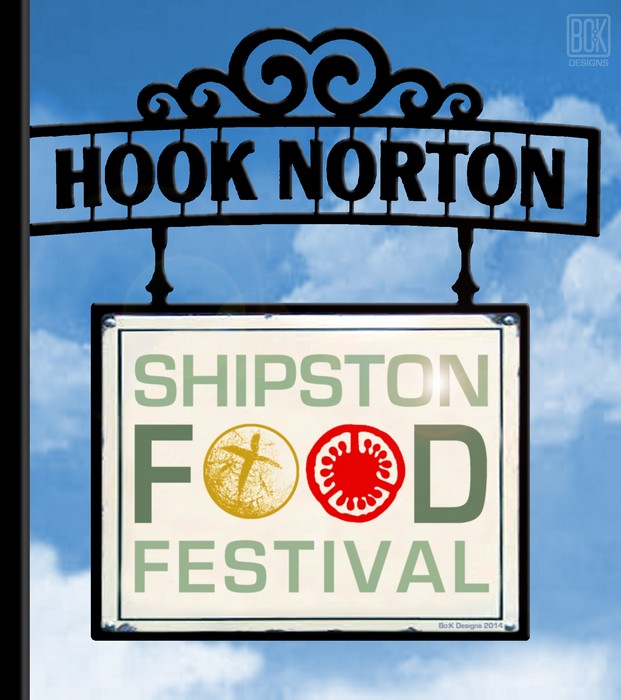 Building on the success of last year’s inaugural event, Shipston Food Festival is back – and this time it promises to be even bigger and better than before.

The organisers are delighted to welcome Hook Norton Brewery as a sponsor for the 2014 Food Festival weekend.  The family-owned business has been brewing beer in the Cotswolds for over 150 years and was keen to get involved with the event.

Festival Chairman, Dan Scobie, said: “We created the festival to provide a platform for local food and drink related business to promote themselves within the local community, and as a celebration of all things local.  It’s therefore fantastic to have such a well-loved local brewery as a supporter of the festival.  This support means we can build a bigger and more successful festival for 2014.”

The Shipston Food Festival weekend runs from 19th to 21st September 2014, with the main event taking place in the town square on the Sunday.

The Shipston Beer Festival takes place on 19th at Shipston Rugby Club, with family fun from 4pm, followed by live music and a range of homemade curries in the evening.

Baking and food related competitions will take place on the 20th at the Townsend Hall as part of the Creative Arts Weekend – see next month’s Forum for more details.

The square will once again be filled with stalls offering delicious treats and exciting workshops from 10am on Sunday 21st – an event not to be missed. For more information, visit www.shipstonfoodfestival.co.uk or call Dan Scobie on 07771 772511.

Putting Shipston on the tourist map

Final touches are currently being made to a new website which will showcase everything Shipston has to offer tourists, thanks to work being completed by the Tourism Group.

The site celebrates Shipston and its surrounding area, providing information about the attractions of the North Cotswolds and of Stratford, as well as what Shipston itself can offer visitors. Thanks to financial help from an Operation Footfall grant from Warwickshire County Council, the new site will feature a searchable database of accommodation, eating places and events. The site is currently being tested before launch.

“We were surprised and delighted when we started to do the research and found how many accommodation providers there were in and around Shipston,” said Tourism Group Chair, Trev Trevethick. “It was also very encouraging to see how many responded when we asked for their details to be put on the database.’

There is still time for more businesses to take advantage of free advertising on the site, which also benefits from links to regional, national and international tourism organisations. Trev Trevethick continued: ‘If you are an accommodation provider, run an eating establishment or have an event that needs to be listed, get in touch via Shipston Town Council and take advantage of this free marketing opportunity.” 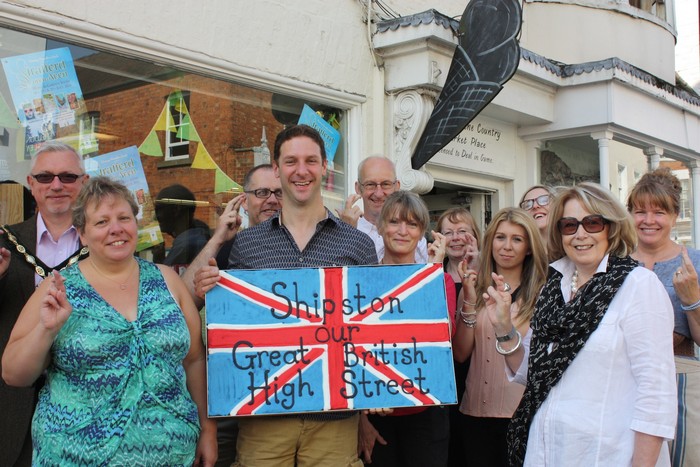 Shipston-on-Stour has set its sights on winning the newly launched Great British High Street Awards, based on its innovative loyalty card scheme, the vibrancy of the town centre, and the increasingly diverse range of shops and services Shipston has to offer. The awards, launched in June by the Department for Communities and Local Government, are designed to recognise examples of innovation, collaboration, transition and outcomes in towns across the UK.

Shipston Promotion Group, the body set up to run the Shipston Loyalty Card, is submitting the application on behalf of the town square, highlighting some of the many reasons why Shipston should be the judges’ choice, including:

Shipston Loyalty Card: The successful launch of the Shipston Loyalty Card, bringing together diverse businesses in a scheme that has enabled the community to benefit from loyalty discounts as well as news about latest offers designed to encourage people to shop in the town.

Over 2,000 people have signed up to the scheme, which has been running for over two years. Funded in part by Operation Footfall, the card has enabled local businesses to attract customers through email marketing and social media, as well as on the spot discounts in stores.

Community events: Shipston hosts a number of annual events, which are organised by local volunteers for the benefit of the community. Principal events include the Wool Fair, Shipston Proms, the Food Festival and Shipston Rotary Victorian Evening.

Every year, Shipston’s traders get involved in the events, supporting them through stalls, special products/offers, themed window displays and advertising support. The events attract thousands of visitors to the town, providing a great opportunity for the town’s businesses to make a positive impression and encourage visitors to return.

Growth in retail outlets: In the past year alone, Shipston has seen significant growth in new retail outlets and cafes, to the point where approximately 95% of available retail and catering units are now occupied in the town centre.

Church Street has seen a real revival with the opening of two clothes shops, a bookmakers and a children’s toys and clothes store, while the town centre now benefits from a choice of florists, cafes, delicatessens, butchers, hardware stores, food stores and newsagents.

Kate King, Administrator of Shipston Promotion Group and local retailer, said: “We are extremely fortunate in Shipston to have such a vibrant town centre which is well supported by shoppers. An impressive number of volunteers also give their time to organise special events which help put our town on the map.

“We are really excited to be entering the Great British High Street Awards and we hope the whole community will get behind the scheme by endorsing our application and sharing what they love about Shipston’s town centre.”

Entering the competition is just the start. Community engagement is a vital part of the award scheme. Shipston will be promoting the awards through its loyalty card Facebook Page (www.facebook.com/shipstoncard) and twitter feed (@ShipstonCard) using the hashtag #GBHighSt.

The Great British High Street Awards is being run by the Future High Streets Forum and the Association of Town and City Management. Shipston will be entering the Market Towns category of the new award scheme, which is a UK-wide competition. Once the entry has been submitted, the town will be calling on members of the public to get behind their entry and support the town centre.  Category winners will be announced in September.