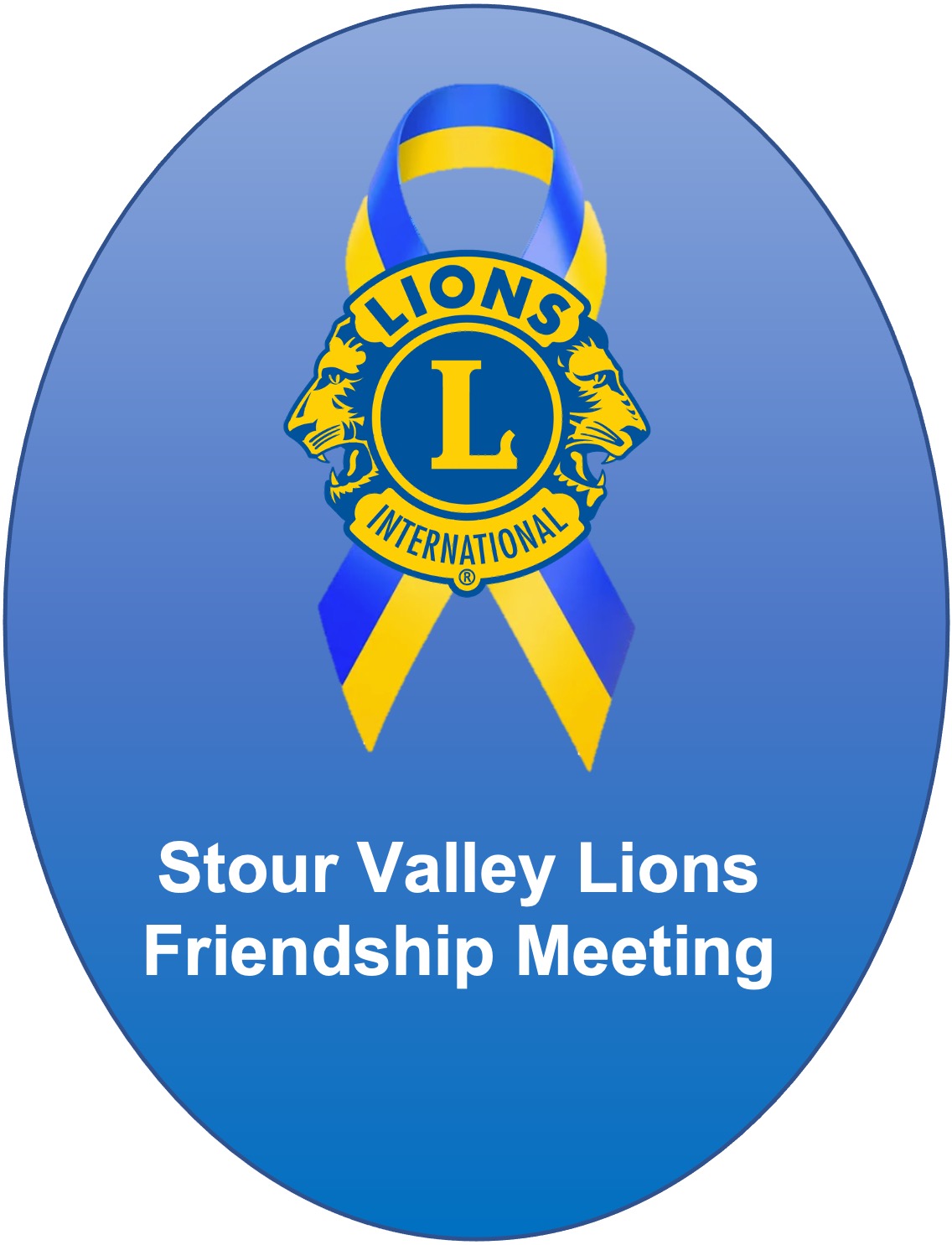 Since the Ukraine war began back in February, generous families all over the UK have been taking refugee families into their homes. This was a selfless, reflex act, often entered into with little or no knowledge of the system, or of how this would work.

Stour Valley Lions salute those families or individuals in our area who offered assistance to house a refugee family. As hostings were entered into privately, we do not believe that there is a network to support the refugees, to build connections and cultural contact with each other.

We would like to see if we can contact the host families, to understand if there is an opportunity to host a networking event in this area.

In addition, could there be ways in which the Lions can help the hosts or their guests? If you are a host family - or if you know of one - please please contact Stour Valley Lions and we will ascertain the interest in moving forward with an inaugural networking/cultural event.

Could you help protect your community by bec 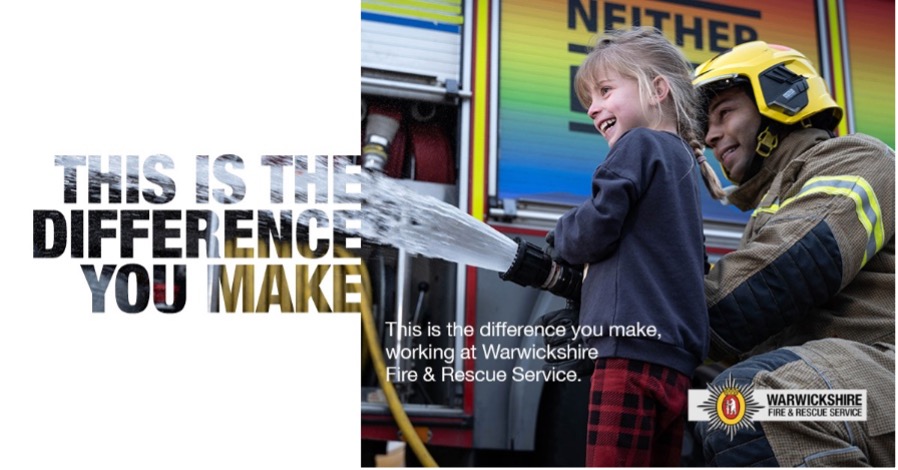 Warwickshire Fire & Rescue Service (WFRS) is asking all residents in and around Shipston to consider whether they could become an on-call firefighter.

On-call firefighters dedicate an agreed number of flexible hours each week where they are available to attend incidents. They are paid a set wage for being available and an additional wage for any hours worked attending call-outs or training. They play a fundamental role in ensuring WFRS can provide fire cover in the area, respond to emergencies quickly and keep our communities safe.

To become an on-call firefighter, potential recruits must either live or work within five minutes of an on-call fire station. There is also the opportunity for those who are self-employed or working remotely to do their jobs from Shipston Fire Station, in which instance they would be eligible despite living further away.

While the role can be challenging, it also offers many benefits: on-call firefighters are given the same training as wholetime firefighters and learn many new, transferable skills; they meet lots of new people and become part of a welcoming, close-knit team; and, most importantly, get to give back to their community in one of most meaningful ways possible.
Martin Swinden, Station Manager within Response Support at Warwickshire Fire & Rescue Service, said:

“On-call firefighters are an essential part of our service and we’d be in real trouble without them. Recruitment for on-call firefighters can be tricky, particularly in rural areas, so we’re asking our communities to support us by sharing information about this position and having a good think about whether it’s something they could get involved with. It’s a big thing to take on and not without its challenges, but it’s also one of the most rewarding things you can do.”

“In the past couple of years, we’ve seen a shift to much higher levels of remote and hybrid working. This can go hand-in-hand with becoming an on-call firefighter, allowing applicants to combine an office job with the chance to get directly involved in their local community and help others. We hope people will take some time to learn more about this opportunity and find out if it could be right for them.”

Did you know the District Council’s app can remind you about bin collections?

ou can now download an app which is designed to allow access to a variety of council services whilst on the go. Keep up to date with the latest council news, quickly report incidents, get reminders of bin collections and find useful information about their property and the surrounding area.

Available to download for free on the App Store and Google Play, just search for ‘Stratford District Council’

Return of the Proms! 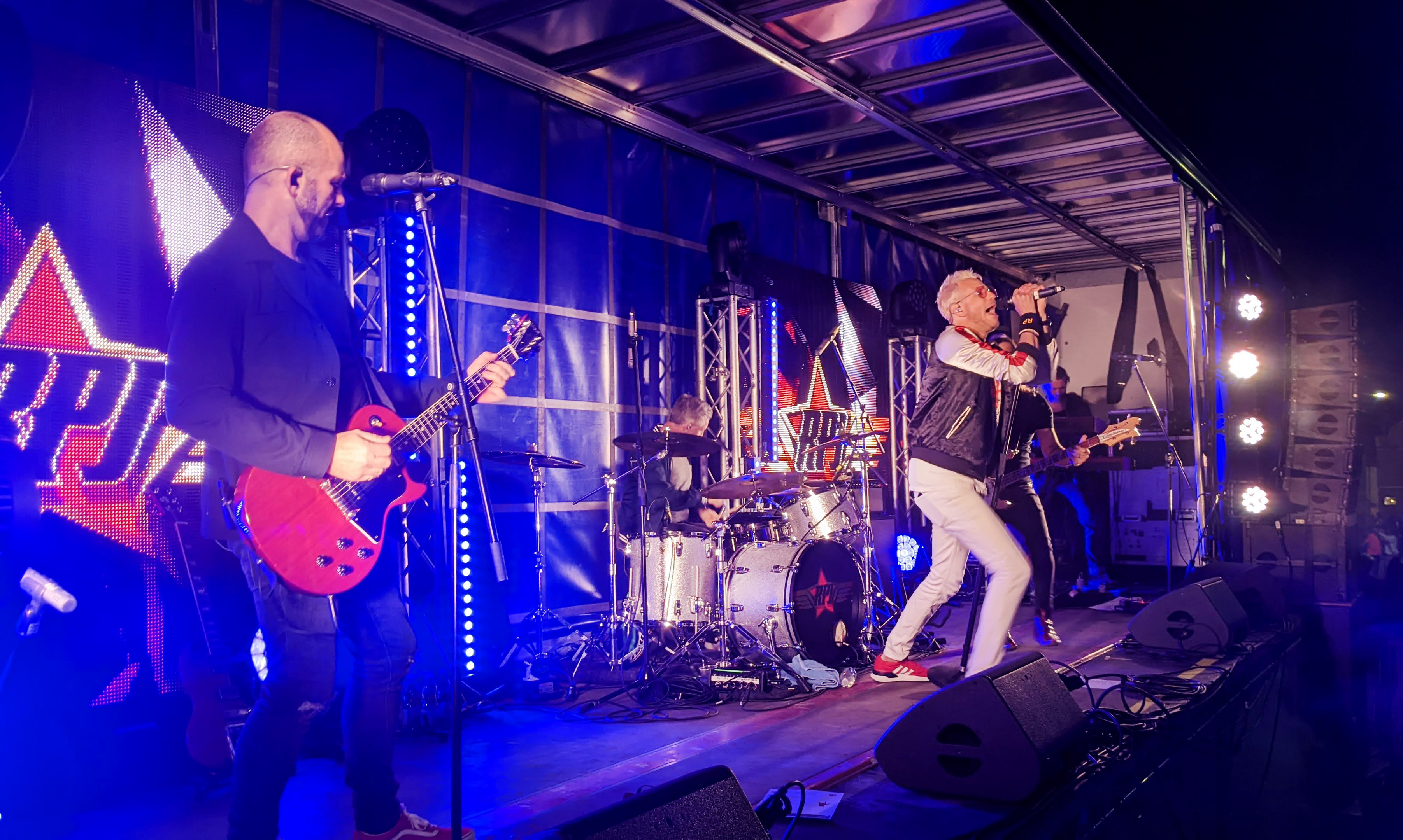 One of the best things about the Proms is getting everyone together again to enjoy live music. This year, on the back of the pandemic, it was a leap of faith and Shipston and the villages jumped with us. They attended events, bought raffle tickets in abundance, waited patiently while we got to grips with Sum-up and Zettle and even turned up to gigs modelling our new black T-shirts.

Over the fortnight we put on 40 events which included national groups, local bands, DJ’s, three children’s events, two choirs, solo artists, bell ringers and a Taiko drummer! The Swan in Kineton was a new venue for us this year. Unfortunately, here, there is not enough space to mention everyone, but thank you to all performers and venues (you know who you are) who contributed to a great Proms fortnight.

One memorable moment was when Uncle Funk invited the audience to sit down in a line and hit the floor for the Oops Upside your Head song during Launch Night at Townsend Hall. The Glastonbury band gave us a real disco trip down memory lane!

On the wettest night of the Proms, when the heavens opened, international blues guitarist Oliver Darling turned out to play a brilliant set to the crowd in the back room of the White Bear, as part of the Pub trail. I hope his suede shoes recovered!

On the hottest day of the year [This was written before we hit 40c in July! - Editor], The Hub was an ideal spot to hold a Kids Dance Party. DJ Tim Samsara entertained the children while they had a run and kick around outside as adults relaxed with a drink and ice-creams to keep cool. The adults having a chance to chill was one of the aims of the afternoon and it worked. In the evening the Hub hosted the Adult Dance Party and was a sell-out. Partygoers made the most of Ibizan rave beats played by DJs Tim, Symthy, and March Boyce until the early hours.

A new venture this year was ‘Shipston Introducing’ in the courtyard of El Café, replacing the Fame Contest, and this turned out to be a highlight of the festival. There were eight acts altogether and all the contestants were outstanding. Shipston’s Helen Stanford performed on the keyboard and sang three beautiful songs she wrote herself, and 21-year-old James Pullen, a former Shipston High School pupil had a great reception to the self-authored songs he played on guitar. Perhaps apt for Father’s Day when the contest was held; ‘The Weekend Warriors’, a father and son combo delivered an upbeat act that impressed the judges. The three youngsters, all from near Chipping Norton and under fourteen played keyboard, bass and drums accompanied by two of the dads.

The other act that grabbed the judge’s attention was Shipston-based Teresa Brooks with her strong confident Taiko drumming. Her interest in drumming originated from her love of sport and music and Japanese drumming combined the two. She played a modern piece that she had written herself, then performed a traditional Miyake Island drumming style with audience participation. For her final piece, Teresa moved to the ‘Odaiko’ a large Japanese barrel-shaped drum to give a very energetic loud last number. Wow!

The youngest entrant was 10-year-old Sam Connisbee, a protegee of local singer-songwriter Greg Brice (who has an album out this year), who played a note-perfect rendition of Link Wray’s Rumble. It was great to see him again later in the week at the Open Mic Night at the Black Horse and it emphasised what a competent player he is.

On that night, there was an array of local talent on stage, expertly organised by Barney Porter. 19-year-old Toby King impressed the audience with his rendition of a Kaleo song and his sister Lizzie gave listeners in the pub garden a fine finale with her gutsy cover of ‘Let’s do it’ by Victoria Wood. A visibly nervous Mike Powell left the audience staggering with his amazing Spanish guitar playing, an art which he picked up during lockdown.

It was good to have the support of Townsend Hall, who organise their own varied programme of music throughout the year. During the Proms, they put on a very well-attended evening of lively jazz music with ‘Baby’ Jools and the Jazzaholics.

On stage for the Last Night of the Proms, the Shipston Introducing Acts produced two confident performances with Teresa Brookes and Taiko drumming on first and the Weekend Warriors performing some Stevie Wonder – they really helped to get the party started in the High Street. Dusk Til Dawn stomped their way through some heavy rock numbers while the Shapes delivered some alternative indie songs they had written themselves. Rick Parfitt Junior came on to tumultuous applause and he and his band bowled the audience over with their sheer professionalism as they delivered hit after hit. Rick commented that the Last Night for him had been ‘joyous’ after what had been a brutal tour. Obviously responding to the ‘Shipston spirit’ in the crowd he expressed his admiration that the town had come together to provide such a great show.

So, many thanks to everyone who attended our events and helped make this another memorable Proms. We will look now towards 2023 and if you have any feedback or suggestions for future years, please keep them coming via our Facebook Page, or email to shipstonProms@gmail.com.

Statement from Shipston Medical Centre regarding development of new premises

The development of a new medical centre was identified as part of the wider development of an integrated care facility at Ellen Badger Hospital in 2018. The new Medical Centre cost was originally estimated at £4.5m. A steep increase in the cost of construction, materials and associated expenses of the build, caused by factors outside of the control of the practice, has resulted in these costs increasing by almost 50%, and they are continuing to rise.

This increase in costs means that the new medical centre project is no longer financially viable in its current design. This is extremely disappointing to the Partners of the Practice* who have invested significant amounts of money in the pre-building stage. Our priority remains ensuring the patients of the practice and the people of Shipston and the surrounding areas have access to high quality primary care services and we are working with the Integrated Care Board and South Warwickshire NHS Foundation Trust to review all available options.

Could you serve on Shipston Town Council?

For any residents of Shipston interested in contributing to their community, there are currently three vacancies for Town Councillors. Two of the vacancies are open for the Council to appoint via co-option procedures and the third will also become subject to this process if insufficient electors request a by-election is held.

The Town Council is eager to find expressive and confident individuals who have an interest in the inner workings of Shipston’s community governance and a desire to improve the local environment and services. The council consists of an elected body of Councillors, including a Mayor and Deputy who are assisted by a town clerk and assistant. Meetings are held on each second Monday of the month. Additionally, Councillors are encouraged to join working groups depending on preference and expertise!

Please contact any of the current Councillors (current list available on contacts page) if you wish to discuss the finer points of what it means to be a town Councillor and what the responsibilities entail.