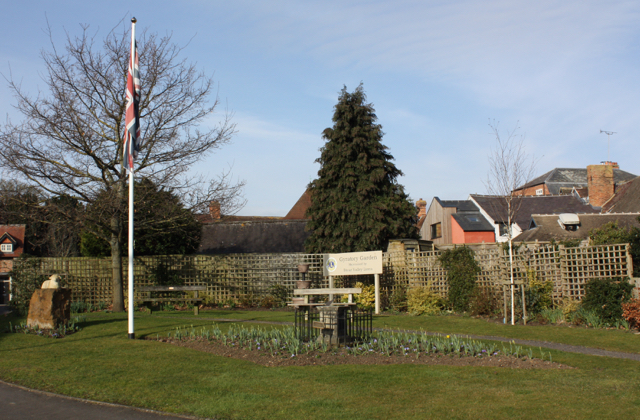 Following months of research, analysis and community engagement, Shipston now has an emerging Neighbourhood Plan (NP). Within the next few weeks, the NP team intends to put together the draft plan drawing on the work completed to date and the feedback from members of the public and other stakeholders. It is now more important than ever to have your say on what will be a vital document in contributing to future planning policy for the town.

The open day held in December enabled many residents to understand and give feedback on the emerging plan. Further drop-in sessions for local clubs,  businesses, councillors and NP team members from nearby parishes held in January have provided additional opportunities to gain feedback and discuss policy options.

With a feedback questionnaire due to arrive through letterboxes with the Midweek newspaper in February, some of the key information from the Open Day has been summarised in the first few pages of this month’s Shipston Forum. The proposals are still in draft and are subject to change. Please take this opportunity to read the information and have your say, either via the household questionnaire or by getting directly involved with the plan process by contacting the team via np@shipstononline.org or 01608 662180.

What’s it all about?

A Neighbourhood Plan is a community-led framework for guiding the future development, regeneration and conservation of an area.  Being part of the statutory Development Plan for its wider Local Authority area, it carries far more weight than  town plans and design statements and, once adopted, can be a powerful tool for shaping a neighbourhood’s future.

A Neighbourhood Plan is about the use and development of land, and may also deal with issues that are of relevance to the local community. Shipston’s NP team focuses on five important themes:  Housing, Environment, Infrastructure, Flood Risk and Economy, seeking to address such challenges as an ever-increasing population as yet unmatched by additional infrastructure provision, the decline in local employment opportunities, the threat of further flooding episodes and the impact of recent development on the townscape and rural landscape settings.

For more information about the objectives of the plan and the emerging proposals, read the special feature in the February Shipston Forum - http://www.shipstononline.org/shipston-forum.html 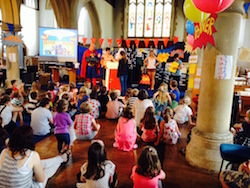 From getting fit to giving up smoking, the start of a New Year is traditionally seen as an ideal time to try something new. This year, Shipston Town Council is encouraging residents to add volunteering to their 2016 resolutions to help the town’s many local community groups and charities thrive.

Shipston is awash with groups and activities designed to help others. These range from providing opportunities to learn new skills and share common interests to life-saving services and vital support groups. In some cases, these groups support the work of the NHS and social care services, including helping people with conditions such as dementia or visual impairments, as well as those who have suffered a bereavement.

Shipston’s youngest residents benefit significantly from the efforts of volunteers who run scout groups, brownies, church groups, St John’s Ambulance and Young Firefighters to name a few. In addition, the sports clubs rely heavily on volunteer coaches as well as committee members who can help run and fundraise for the clubs.

While fundraising is a key part of maintaining many of these facilities, time is one of the most valuable donations they can receive. For example, scouts are desperate for more volunteers to help run groups, particularly for older age groups (10-18 year olds). The rugby club needs coaches, the Royal British Legion always welcomes Poppy Appeal collectors and Stour Valley Lions are looking for new members to help them continue to support many local charities and events.

Projects such as the Neighbourhood Plan and the Shipston Area Flood Awareness Group have only been able to progress thanks to the considerable input of volunteers – and the town council itself is dependent on residents being prepared to volunteer to be a councillor.

Mayor, Jackie Warner, said: “Shipston owes much of its community spirit and its impressive range of clubs and services to the generosity of those who give up their time to make all this possible. Not everyone is in a position to make a regular commitment but many of us can find at least some time to help, and it can be extremely rewarding work.”

Whether it’s an hour a month or a day a week, there are many different ways you can help your local community. To find out more about how you can contribute, either contact one of the local groups you would like to support or ask the Town Clerk for more information via clerk@shipstononline.org.

Clubs and societies set to benefit from town council grants 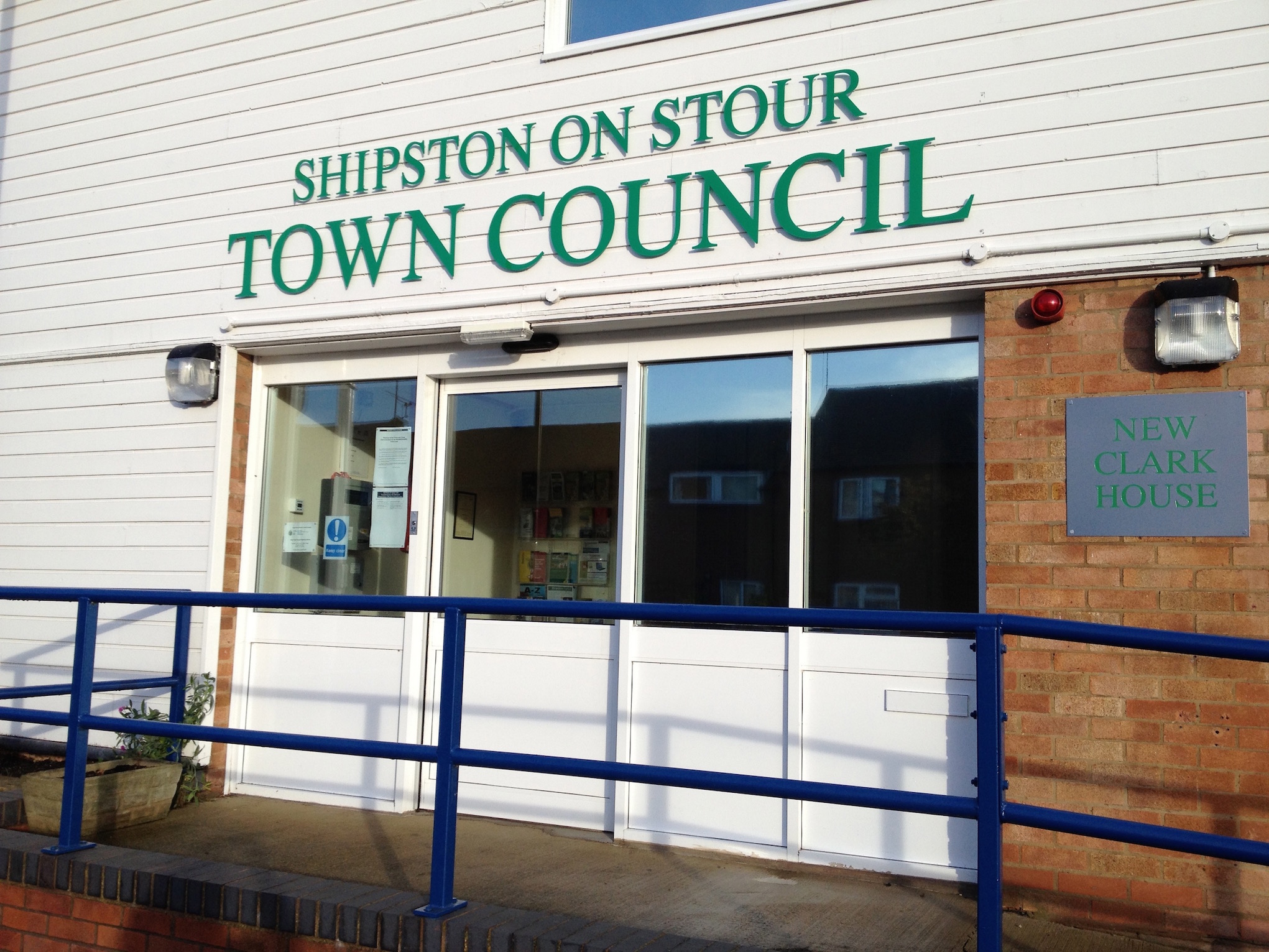 Shipston Town Council has voted to award grants worth a total of £15,300 to community groups in the town. The grants, for the financial year April 2016-March 2017, were agreed following careful consideration of the bids put forward.

From running town events to supporting those affected by illness, the grants will help ensure a number of community groups can continue to provide the wide variety of services and support residents have come to rely on.

Grants of varying amounts have been awarded to the following groups:

• Shipston Cancer Support: a newly formed group operating a drop in centre to support those affected by cancer

• Shipston in Bloom: To provide plants and equipment for floral displays in the town throughout the year

• Shipston Sports Club: To enable the refurbishment of toilets in main club house

• Townsend Hall: Funding to replace the chairs in the hall

• VASA: Supporting the provision of transport for residents to medical appointments

• Wool Fair: Support to enable the event to continue for the benefit of the town and visitors

Chair of the Finance Working Group, Ian Cooper, said: “We are delighted to be in a position to increase the amount of funding offered to these groups, a total increase of almost £2,000 compared with the grants given in the current financial year.”

Over 200 residents answered the call to attend the Neighbourhood Plan Open Day in December, making the most of a vital opportunity to have their say on emerging options.

The informal consultation event consisted of a detailed display showcasing the various issues the Neighbourhood Planning team has been addressing. As well as highlighting key themes within each of the main topics - environment, economy, housing, flooding and infrastructure – residents were invited to consider initial recommendations and record their views.

Members of the team, including residents, town and district councillors were on hand to answer questions and debate options, with feedback from the public added to the display throughout the day. These comments, together with the completed feedback forms will considered by the team as part of the next phase.

Martin Ferrier, town councillor and Neighbourhood Plan volunteer, said: “We were delighted to see so many people at the open day, many of whom took the time to fully engage with the team and give really useful input which will help us shape the next stage of the plan.”

Deputy Mayor, Ronnie Murphy, said: “I would like to congratulate the Neighbourhood Plan team on such a well run and informative event. It is clear that a great deal of hard work has gone into getting the plan to this stage and it was good to see residents having their say.”

Despite the success of the event, the NP team is very keen to receive a wide range of views and is urging all residents to respond to the household questionnaire which will be arriving with the Midweek newspaper in early February.

To view copies of the draft plan and policies, please visit www.shipstonnp.org or email the team at np@shipstononline.org for more information.