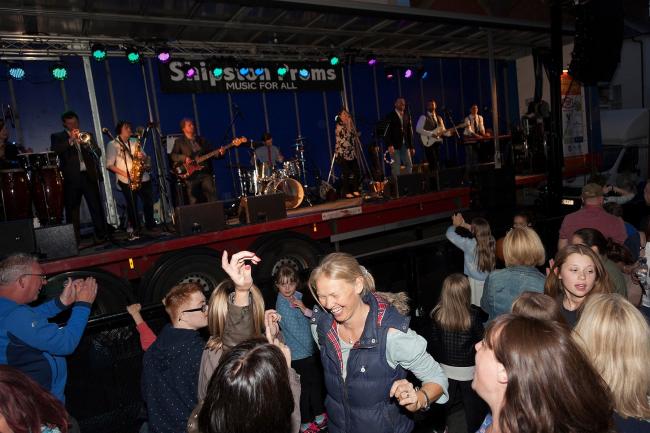 The 18th Shipston Proms fortnight once again drew the crowds to Shipston and surrounding villages as people took the opportunity to hear the wide range of music on offer.

Culminating in a finale which celebrated local bands including Kinky Farnham and Wired, the Proms ran from 17th June to the 2nd July, packing in over 30 separate musical events along the way. Firm favourites such as the ‘Songs from the shows’ and the ‘Fame Contest’ were held alongside new events  including a Ceilidh with local band ’16 Strings and a Dead Goat’ as well as the first performance of newly-formed U3A jazz band, Incognito.

Like many local events, Shipston Proms is only made possible thanks to the hard work of a committed band of volunteers, headed by Tim Porter who has led the committee for 18 years. Tim is now stepping down as chair, with Alan Thompson taking up the reigns for 2017.

Mayor, Ronnie Murphy, said: “On behalf of my fellow councillors and local residents, I would like to thank the Proms committee for the exceptional work they do to make this wonderful two week festival happen every year. In my opinion, this year’s event was the best yet and it was wonderful to see so many young people getting involved.

“Our particular thanks go to Tim Porter for leading the Proms for so many years. We are delighted Alan Thompson is stepping forward to take up the reigns and look forward to another wonderful event next year.”

Plans include landscaping and parking, with the design structured to enable care for patients with dementia, those in need of nursing care and/or residential care.

Concerns were raised about safe access given the proximity to the primary school and other local businesses. As a result, the town council is likely to request a pedestrian crossing to improve safety, as well as imposing restrictions on when deliveries can be made to the site.

Following detailed discussions, town councillors voted to support the planning application subject to a series of conditions which will be submitted to the district council’s planning team.

The Shipston Town Council website has been thoroughly refreshed and redesigned to make it even easier to find the information you need. The bright, clear website is easy to navigate and contains useful information about the town.

The website is being launched with a new address to clearly identify it as a town council website and can be found at www.shipstontowncouncil.org.

New to the website is a ‘Helpful Hints’ section, offering tips and advice on a range of common issues such as highway faults, litter, dog fouling and allotments. You can even find out how to report consistent non delivery of the Forum or what to do if your neighbour’s hedge is becoming a nuisance.

Commenting on the redesign, Peter White, Chair of the Communications Working Group, said: “We wanted to make sure we were providing residents with the most useful information. The helpful hints section covers some of the questions most frequently received by the office so that people can find the information they need quickly and easily.”

Also new to the site is the option to read current and back issues of the Shipston Forum online, in full colour.

In addition to the new features, residents can still access news and events information as well as council documents and links to the council’s social media pages. 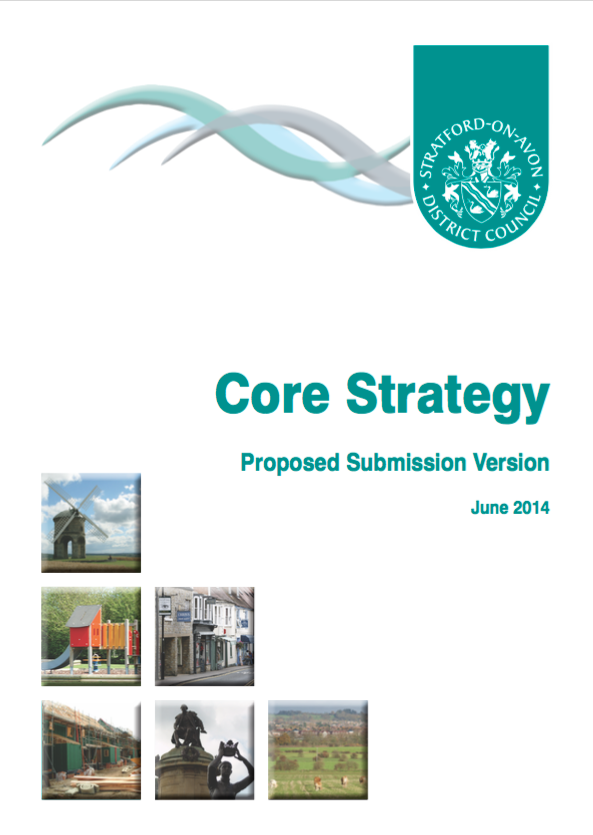 The planning document, which sets the blueprint for development within the district over the next 15 years, has been in development for some time, with various consultations and amendments required along the way. The adopted strategy will form the starting point for the determination of future planning applications.

District Councillor and Leader of Stratford-on-Avon District Council, Chris Saint, said: “Stratford District has reached a key stage in its planning history.  This is what we have been working towards - providing the planning vision for the next 15 years across the District.”

The news is significant for Shipston as it is likely to directly impact the number of major planning applications that are approved by the district council. The Core Strategy states that Shipston should expect to accommodate a minimum of approximately 500 homes during the plan period (to 2031). These have already received planning approval. This number does not include extra care homes, of which 138 have already been approved for Shipston. The town may also be expected to accommodate a small number of additional homes during the later part of the plan period.

Mayor, Ronnie Murphy, said: “The adoption of the Core Strategy is good news for Shipston. Without this document we have been unable to protect our town from large scale developments.

“Going forward, this planning policy, together with our own emerging Neighbourhood Plan, should put Shipston in a much stronger position to ensure we get the right type and scale of development in future.”