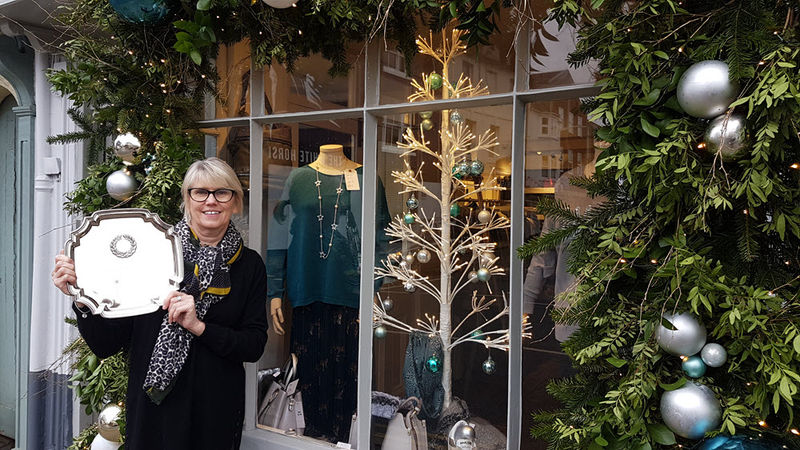 The winner of this year’s Rotary Best Dressed Window competition is Dice of Church Street. Pictured outside her shop is Jayne Scandrett, the proud owner, holding the trophy presented by Rotary President Stuart Mclean.

In second place was the Cottage Garden Florist, The Alleyway (Jemma Parnell) and third placed was Dr CP Grey Opticians at 29 High Street.

The judges said they were very impressed with the number of shops that took part and the quality of the beautiful displays. Picking the top three was very difficult!

This is a very good reminder to shop in Shipston if possible, but if you do need to buy something from Amazon, Shipston Rotary urges you to go to smile.amazon. co.uk and choose Shipston Rotary as your charity. It won’t cost you a penny more, and the Rotary will receive a small donation.

This year Rotary’s focus is local charities especially Shipston Home Nursing. You can donate at JustGiving, or by using the QR code here. Scanning the code using your mobile phone takes you directly to the Rotary’s Just Giving page and is an easy way to donate.

Phil Wragg and Geoff Smith reported on a busy year for the Shipston Area Flood Action Group, which had continued its work in slowing river flow, managing to implement 270 measures in areas upstream of the town – and a total of 694 altogether in the past three years. Interventions have included dams, ponds and tree planting, and installing monitoring equipment at Ditchford Farm.

With funding from DEFRA and the Environment Agency, and involvement in three academic studies, the group is seen as a key contributor to natural water management. The team of around 12 will be continuing their monitoring throughout this winter across the 198km2 catchment to see how the schemes are working, and has a full programme of works planned throughout 2021.

To the right is one of the 600+ dams in action, slowing the water’s passage downstream.  This is on Sutton Brook upstream from Brailes. There is also an attenuation pond at Ditchford Farm which will fill up in flood conditions and hold back over one million litres of water for several hours before slowly releasing it back into a stream feeding Pig Brook. 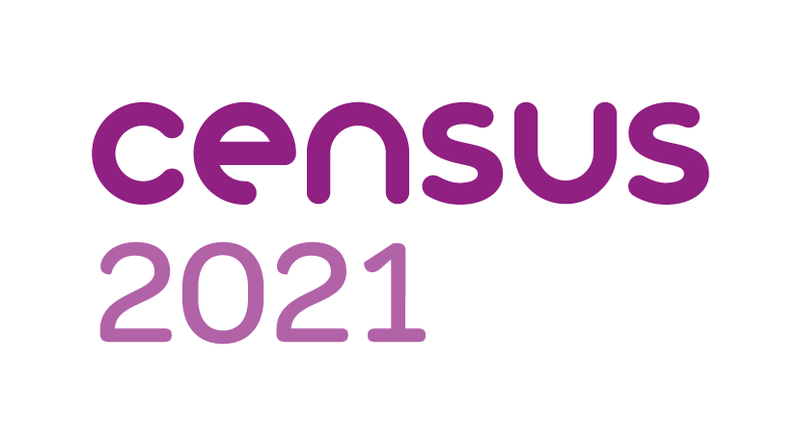 Households across England and Wales will soon be asked to take part in a once-in-a-decade survey of housing and population. Census2021, run by the Office for National Statistics (ONS), aims to give the most accurate estimate of people and households. The information will help decide how everyone, from local authorities to charities, spends funds and puts services in place. This could mean things like doctors’ surgeries, housing or new bus routes.

The census has been carried out every ten years since 1801 with the exception of 1941 due to the Second World War.

Early in the new year, households will receive a letter about the census with a unique access allowing them to complete the questionnaire online on their computers, phones or tablets. Paper questionnaires are available on request. Census day is March 21 but households with access codes can take part from early March.

The census will include questions about your sex, age, work, health, education, household size and ethnicity. And for the first time, there will be a question asking people whether they have served in the armed forces, as well voluntary questions for those aged 16 and over on sexual orientation and gender identity.

Results will be available within 12 months although all personal records and any detail that would identify an individual will be locked away for 100 years and kept safe for future generations.