‘Our Shining Light’ in tribute to the frontline 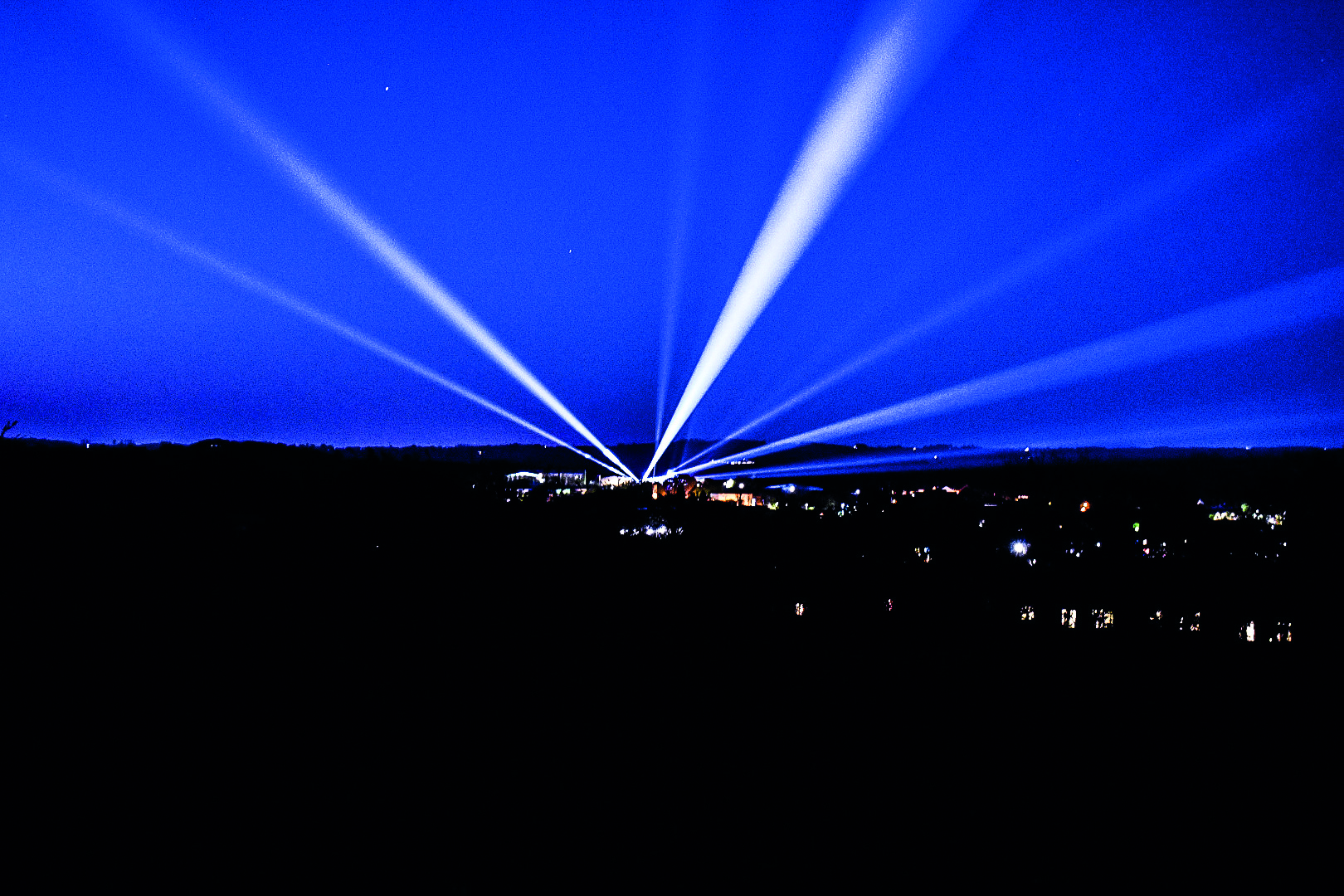 After hearing everyone ‘Clap for Carers’, the team at Clearsound Productions began to wonder if they could do something similar with light. Could they shine beacons over Shipston in a shimmering display, demonstrating their support for people working on the frontline? A test at their unit on Friday 27th March, with checks to ensure visibility from across the town, sparked a wave of support on social media, encouraging them to do a 40 minute light show that Sunday called ‘Our Shining Light’.

The following weekend, never keen to do the same show twice, the team positioned a couple of lights at five staff members’ houses, taking the time to programme the lights and set cues so that they would work in sequence. Again the show was well received and the town couldn’t wait to see what Clearsound Productions would do next weekend but unfortunately the moon conspired to make a show impractical, giving the team time to formulate their most ambitious plan yet.

It was now becoming apparent that this was likely to be the last show due to the spring nights getting lighter, so the team resolved to put on the biggest show they could. Clearsound Productions recruited fifty production companies up and down the UK to co-ordinate a light show synchronised with music from a live streamed guest DJ on Facebook. In Shipston they deployed moving head lights and extra flood lights to create a dazzling array of 85 lights to shine into the night sky, creating an illuminated extravaganza that could be seen for miles around and received rave reviews on social media.

They also plan on exploring the story of the women who worked at the Voluntary Aid Detachment in Shipston which was led by Dr and Mrs Stein of Park House on Church Street.

Once the research has been compiled the team will share this trove of information with the new Shipston-on-Stour and District Local History Society.

Mike Wells, a member of the Shipston branch of the Royal British Legion, has already conducted extensive research into Shipston’s fallen soldiers but the group hope to fill a gap in the details about those that returned. Their efforts so far have identified both born and bred Shipston residents, as well as those that had only began to call the town their home shortly before the war. Many of the men who returned from the battlefield went on to live long and happy lives in Shipston with their families and still have descendants here today.

They are currently focusing on sourcing military records for the 267 men and identifying where they lived in Shipston and the surrounding villages. The group would be pleased to hear if you have any information about family who fought in WW1 that they could include in their research, or if you’d like to volunteer to help the project. Richard can be contacted by email: r.m.willis@btinternet.com 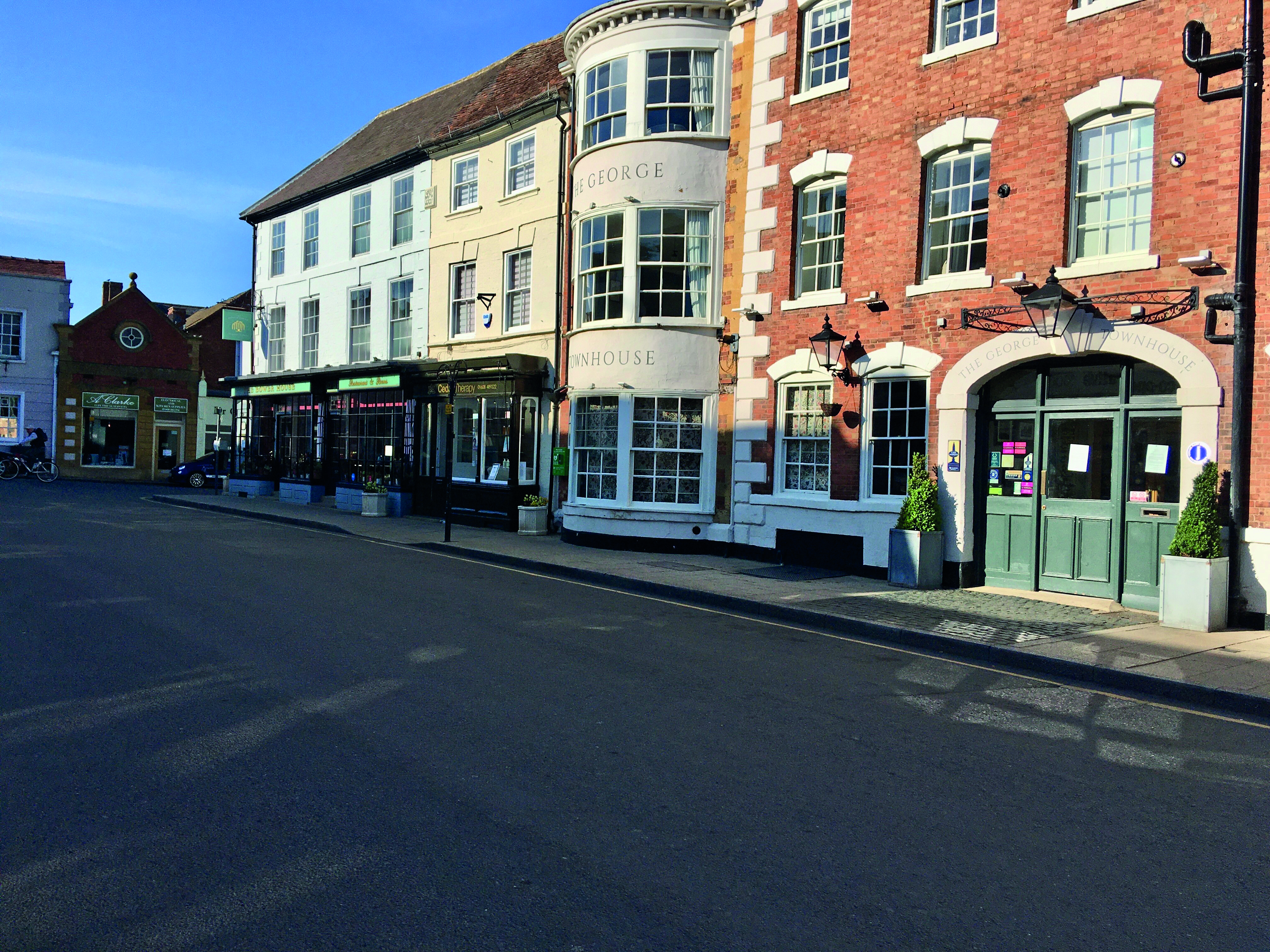 The current restrictions have forced many cherished local businesses to close their doors, however many of them are seizing the opportunity to continue serving customers in different ways. Across the town we’ve seen numerous pubs convert to takeaway outlets and many other businesses are now offering delivery services for a wide range of products.

In recent years Totally Locally have done a great job of highlighting the incredible array of businesses in Shipston and how by frequenting them we can create jobs and prosperity for the wider community. These enterprises, run by our friends and neighbours, are now facing an unprecedented challenge and need our support more than ever. Visit the Totally Locally Facebook page for updates about how local shops are serving customers and how you can make purchases: www.facebook.com/totallylocallyshipston