Shipston turns out in record numbers to remember 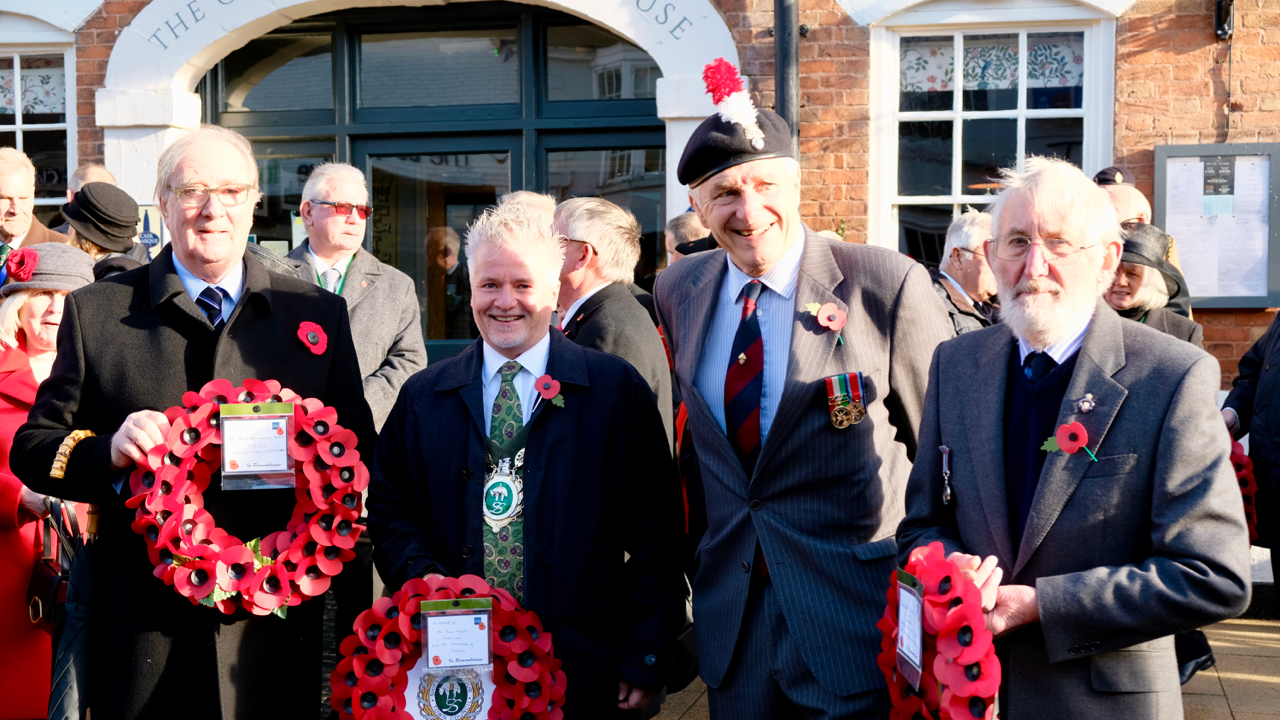 St Edmund’s Church was packed to the rafters for the Remembrance Day Service which also marked the 100 year anniversary of Armistice Day and the end of World War 1.

Veterans, servicemen and women, civic dignitaries, emergency services, youth groups and charities filled the town centre to take part in the Royal British Legion Parade, led by Shipston Town Band. Deputy Lord Lieutenant, Mark Davies, joined members of the Shipston Branch of the Royal British Legion, the Mayor and local councillors in a proud march to the memorial where wreaths were laid on behalf of the town’s many community organisations.

It was standing room only for the service, which was led jointly by Reverend Sarah Edmonds from St Edmund’s, and Reverend Daniel Pulham from Shipston Baptist Church. St Edmund’s was decorated with poppies designed by young people in the town, each commemorating one of the men from Shipston who fell in the First World War. Outside, the church was adorned with a spectacular display of knitted poppies prepared by volunteer knitters to commemorate the Centenary.

The names of Shipston’s Fallen were read out by prefects from Shipston High School.  Royal British Legion Branch President, David Kernohan, then told the story of Samuel Begley, who died in 1918 and who is remembered on the town’s memorial. His story is particularly poignant as the Legion’s Standard Bearer on the day was Connor Begley – Samuel’s Great, Great, Great Grandson.

RBL Branch Chairman, Richard Adams, said: “We were delighted to see such a strong turnout in this particularly important year of Remembrance. Thank you to everyone who took part in the Parade, as well as those behind the scenes who helped make it happen.”

Mayor, Ian Cooper, said: “On behalf of the Town Council, I would like to congratulate the Royal British Legion on such a successful event and thank the Town Band for leading the Parade in such spectacular fashion – we all felt proud to be a part of it.”

Reflecting on the involvement of the different groups in the Parade, Councillor Ali Henderson said: “From the youngest Brownie to the eldest veteran, it was quite something to see such a widespread commitment to public service from the residents of our town.”

Final preparations under way for the Victorian Evening 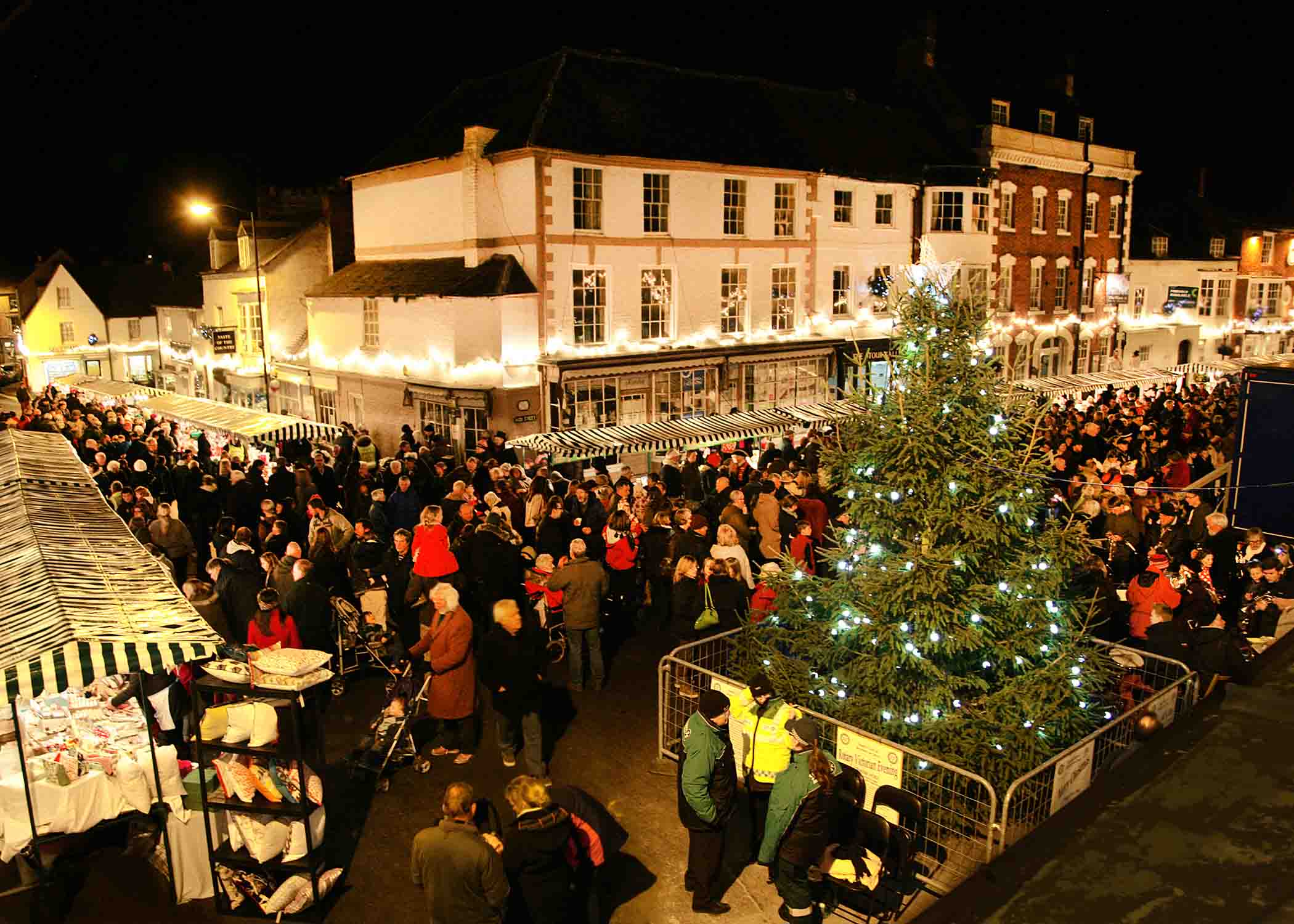 On Friday 7th December, the town centre will be transformed into a festive market for the annual Rotary Victorian Evening.

The event will begin at 5:30 with carols from Shipston Primary schoolchildren and music from Shipston Town Band. At approximately 6pm, the event will officially open, marked by the switching on of the town’s Christmas lights and Tree of Life.

The bulbs on the Rotary Tree of Life are sponsored in memory of lost loved ones. Funds raised go to support a children’s charity each year, reflecting new beginnings. This year, Shipston Rotary is supporting The Time Out Group South Warwickshire. This charity supports young people with complex disabilities, challenging behaviour and communication needs. They organise age-appropriate activities for four to eighteen year olds fortnightly. Many of the children who join stay with the charity for years, growing a strong social bond with their peers and staff alike. There is still time to sponsor a bulb – you can even do so at the Victorian Evening. Just visit the Rotary stand to fill in a form. The names of those remembered on the Tree of Life will be included in the Book of Remembrance.

As well as the usual Victorian Evening entertainment, a children’s carousel will delight the town’s youngest residents, while the mulled wine, mince pies and hog roast will no doubt appeal to the adults. Father Christmas is due to pop in so don’t miss your chance to let him know what’s on your Christmas wish list. 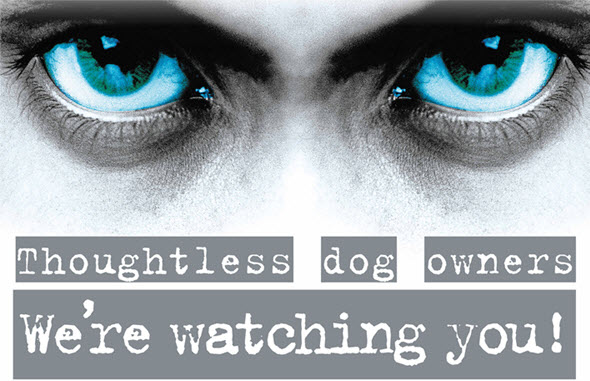 CCTV cameras in the town are now being used to catch dog owners who don’t pick up mess left by their pets. In addition to general crime detection, Shipston Town Council has asked the CCTV monitoring team to provide evidence to enable action to be taken against those who don’t clear up after their dogs.

Mayor, Ian Cooper, explained the decision: “We have reluctantly taken this step following repeated complaints about dog mess. The town council’s contractors are now having to clear dog mess from the town centre on a regular basis, at a cost to our residents. While the majority of dog owners in the town are responsible, we need to gather evidence to take action against those who refuse to scoop the poop, despite our efforts to raise awareness of both the unpleasantness and risk to health of dog mess being left on pavements.”

Failing to pick up after your pooch can mean a fixed penalty notice of £75 and could result in prosecution. 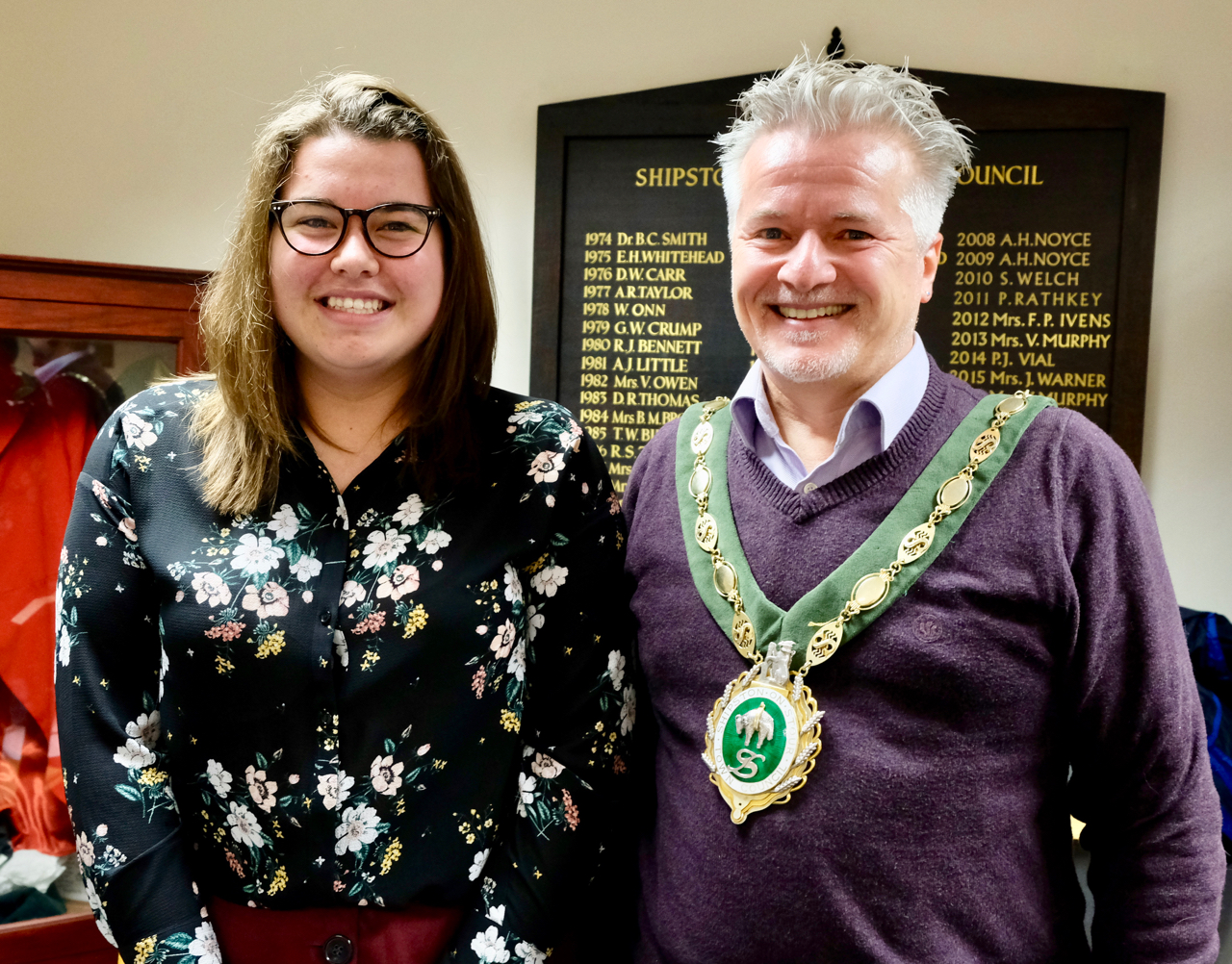 High School Head Girl, Abigail Slatter, has been appointed the first Youth Ambassador for Shipston. The appointment is part of the Mayor’s desire to improve connections with young people in the town and ensure their voice is heard.

Abigail will chair a Youth Working Group which will bring together young people from the schools as well as from other clubs and societies. The Youth Working Group will meet to discuss ideas and suggestions to support young people in the town. The group will also act as a sounding board for the Town Council when looking to provide activities and facilities for younger people.

The Town Council is keen to ensure a wide range of groups are represented on the Youth Working Group – please contact the Town Clerk on clerk@shipstononline.org to find out more.