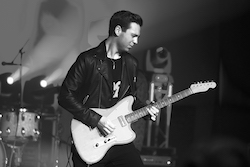 The Shipston Proms committee has announced that the 19th Shipston Proms, held between 16th June to 1st July 2017, will be headlined on the Last Night by local award winning blues sensation, Laurence Jones.

Laurence, who lives in Shipston, has won the prestigious British Blues Award - Young Artist of the Year for the last three years, as well as Guitarist of the Year for 2016. With his new line-up for 2017 his appearance will be part of a UK and European tour, with a new album due later this year.

Laurence said: “It is an honour to be asked to headline the last night of the Shipston Proms in my hometown. For me personally it’s going to be a very special show, it’s going to be my chance to give something back to the people of Shipston who have supported me from the very start of my career. “

“From when I first started performing the classical guitar in the churches of Shipston at the ages of nine, till playing in the local pubs with my first band when I was 15. The band and I are going to rock Shipston Proms 2017 in style and we’re going to make sure it’s a Proms never to forget.”

The Proms will launch on 16th June in the Townsend Hall with an evening headlined by the ABBA Inferno tribute band and supported by Vinyl Daze with their Bluesy rock funk based repertoire.

The event line-up will also include the Shipston Proms Fame Contest on 17th June, with the two winners from the evening appearing on the main stage on the last night in the town square. Maintaining its longstanding promise of providing music for all, the Proms includes music from classical, through jazz and folk to rock.

For more information about the individual events planned, head to www.shipstonproms.org 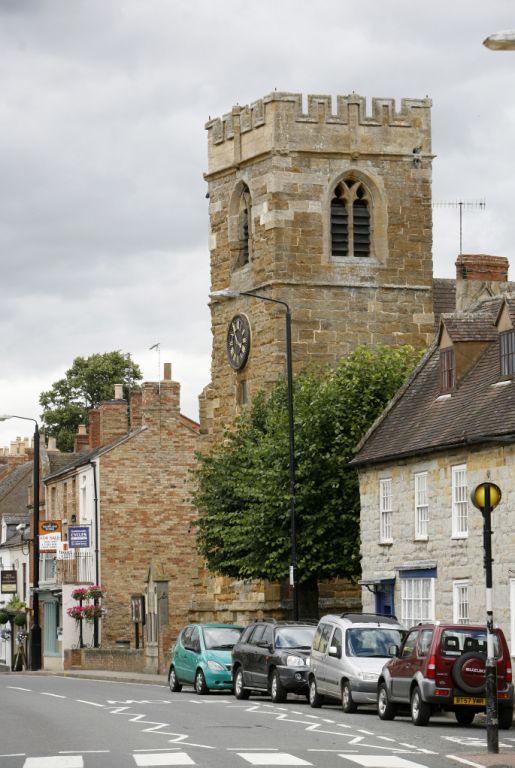 Local readers of The Sunday Times newspaper were recently greeted with news that Shipston has been voted by the paper as the top place to live in the Midlands.

Citing the Shipston Proms, Wool Fair, choice of pubs and independent shops among the attractions, the paper chose Shipston above other local towns as the regional winner for the first time. There was even a mention of the forthcoming ‘yarn bombing’ at the Wool Fair as well as a promotion of the dates for this year’s Proms (see page 7 for more details).

Mayor, Ronnie Murphy, said: “It’s always wonderful to read positive things about our town and it is great to see our community, shops and other businesses getting national recognition.”

The article appeared in the Home section of the Sunday Times Newspaper on Sunday 12th March. 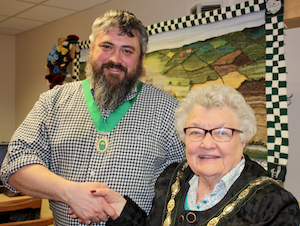 Shipston Town Council has elected Dan Scobie as Deputy Mayor with immediate effect. The election was prompted by the resignation of former deputy, Alison Henderson, due to ill health.

Dan has been a town councillor since 2014, and is actively involved in the finance, planning and communications working groups. Outside of his council responsibilities, Dan has been responsible for running the annual Shipston Food Festival and is the current Chairman of the Rugby Club. In his spare time, he also moderates the Shipston Notice Board on Facebook amid baking bread and brewing beer.

Town Mayor, Ronnie Murphy, said: “I’m delighted to have the opportunity to work alongside Dan for the remainder of my time as Mayor and have every confidence that he will be a great ambassador for our town in his new role.”

Deputy Mayor, Dan Scobie, said: “I’m extremely proud of Shipston and look forward to having the opportunity to get involved in even more local events and activities which make the town such a great place to live and work.”